Hey folks, and welcome to another edition of Box Art Brawl!

In last week’s edition, we threw Assault Suit Leynos/Target Earth into the ring, with North American box art taking on Japan. It was also very close, with Japan’s more restrained view of the game garnering 56% of the vote. Clearly many of you liked the more “out of the ordinary” artwork for the North American release!

This week we’re going to take a look at Mario Kart: Double Dash!! for the GameCube (a game we’ve declared to be the best in the series, thank you very much), one of the most unique entries in the Mario Kart franchise. We’ll group North America and Europe together for this one because while the two models have slight variations in their makeup, they’re still a little too similar to compete with each other.

Japan, on the other hand, features a very different box design, and it will be interesting to see which one you prefer!

Be sure to vote in the poll below; but first, let’s look at the box art designs themselves. 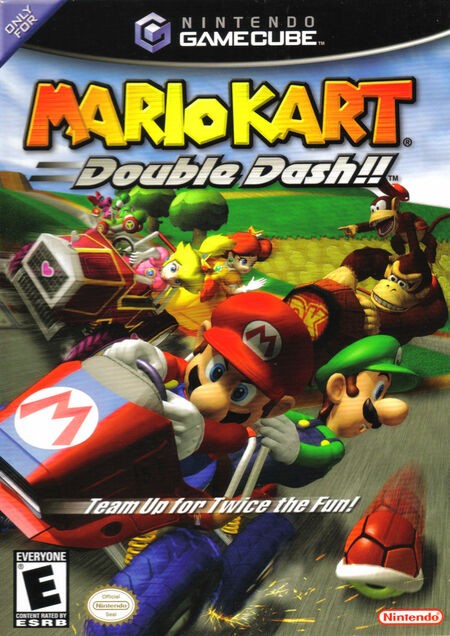 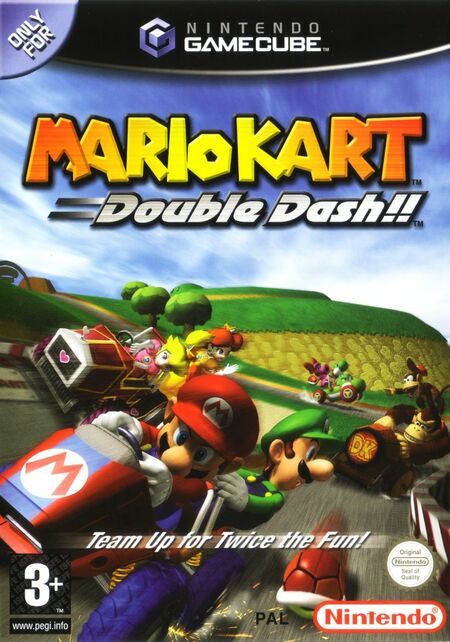 So, as we mentioned earlier, Double Dash!! for North America and Europe feature very similar designs; in fact, the characters and environment are identical to each other, but the composition is slightly different, with NA’s version significantly more zoomed in. This means characters like Donkey Kong and Diddy Kong have been moved to fall more directly behind Mario and Luigi, with Yoshi and Birdo pushed further to the left.

We don’t know which design came “first” with these two, but we’re tempted to lean more towards NA on this one; the EU version has a lot more unused space which is taken up by blue skies and green hills; it’s nice, but maybe not quite as punchy. Either way, we’re not pitting these two against each other, but let us know in the comments which one you prefer.

So the Japanese version of Double Dash!! is very different, featuring Mario and Luigi in all their glory on a white background with a plaid pattern on the right side. It’s understated, sure, but there’s definitely a “racing” vibe going on here. We also like that Mario and Luigi’s key art demonstrates the ability to wield two different weapons; a trope that, at the time, was brand new to the franchise.

Overall, it’s a beautiful design; maybe not as busy as the NA or EU versions, but it’s the kind of thing we think would look pretty neat on a Steelbook or collector’s sleeve.

So that’s your lot for this week! Be sure to vote and let us know in the comments which design you like best and why. Peace!

Which region got the best Mario Kart: Double Dash!! the art of the box? (604 votes)

Thank you for voting! We’ll see you next time for another round of the Box Art Brawl.